Why Magazine Covers Can Still Knock Our Socks Off

Jill Filipovic, editor of the web site Feministe, has written a persuasive piece about why print magazine covers still grab us, even in this age of images flashing by online at dizzying speeds.  Is it the cover lines that tease?  The sleek models (think GQ), the "beautiful people" (Vogue), the edgy, quirky but always relevant (Rolling Stone)?  The shiny paper and lush inks? 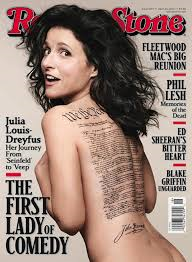 Filipovic reminds of the covers that were cultural earthquakes: "Two decades ago, newsstands across the country wrapped Vanity Fair in paper to conceal a pregnant and nude Demi Moore. Mention the imminently talented Janet Jackson, and you’re likely to evoke three major cultural reference points: Miss Janet (if you’re nasty), wardrobe malfunction, and that Rolling Stone cover turned album art of Jackson in those high-rise, stone-washed jeans, arms up, with man-hands covering her bare breasts. John Lennon wrapped around Yoko Ono, also for Rolling Stone, is the iconic image of that relationship. Even National Lampoon’s 1973 “If You Don’t Buy This Magazine, We’ll Kill This Dog” bit triggered an immediate, emotive response—and remains a cultural touch point more than 40 years later."

Even with print publications in a seeming irreversible slump, their covers still make news.  And magazine cover opportunities are still coveted by public figures with an image to protect and burnish.  No matter how many Twitter followers you have, you aren't going to turn down Rolling Stone (ask Julia Louis-Dreyfus) or Vogue (probably the toniest magazine real estate Kim and Kanye have ever had!) 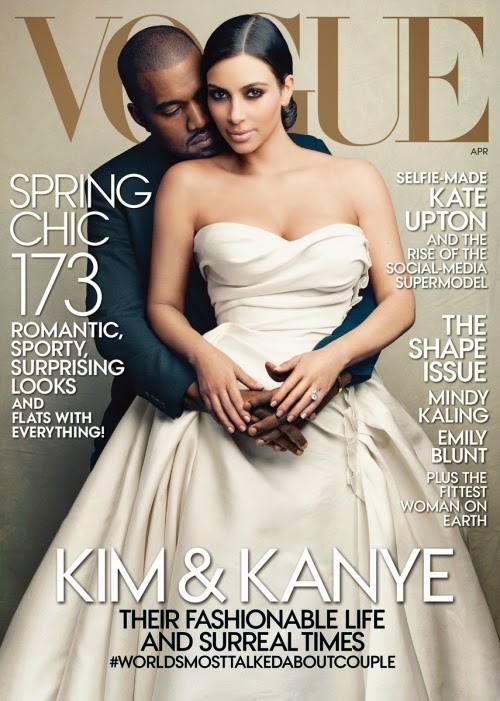 Even though we spend hours online sifting through news and images, millions still look forward to Time Magazine's "Person of the Year" cover (most recently Pope Francis, and still mostly men, in spite of Time's change from "Man of the Year" to "Person of the Year" in 1999).  Few who lived through the Afghanistan war era will forget photographer Steve McCurry haunting photo of the penetrating eyes of a 12-year-old refugee girl, Sharbat Gula, in a refugee camp on the Afghanistan-Pakistan border, published as a National Geographic cover.

There are lists and lists of favorites, compiled by sources from the American Society of Magazine Editors (ASME) to Mashable.  McCurry's National Geographic cover is Mashable's No. 1 pick; the Lennon-Ono photo is ASME's. A look through the cover images in these lists are good reminders of how compelling these covers can be, and how much emotion and commentary they contain.

Women Remain A Large Minority In All News Platforms 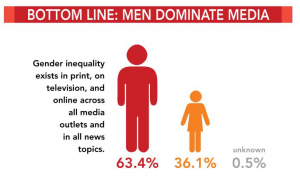 Women are outnumbered by men in the news industry — in television, newspapers, online and wires -- according to new research from The Women’s Media Center.

The research found that 63.4 percent of those with bylines or on-camera appearances as anchors or reporters were men, while women were 36.1 percent.

The Women’s Media Center’s research examined 20 of the most widely circulated, read, viewed and listened to U.S. based TV networks, newspapers, news wires and online news sites. The research findings tell a stark story about where women stand across every platform in the 24/7 news cycle.

Some news organizations have made more strides in achieving gender parity, according to the research.

“There are, most certainly, a handful of notable exceptions to the trend of men dominating media and it is important to note that a woman in the anchor seat is more than a symbol; she sends a message to viewers that women can lead a network broadcast — and that matters,” said Julie Burton, president of the Women’s Media Center. “Overall, this research is about much more than just one woman in an anchor seat, it is about making sure that who defines the story, who tells the story, and what the story is about, represents women and men equally. Women are more than half of the population, but we don’t see or hear them in equal numbers to men.  It is our hope – and our work – to see those numbers reach parity.”

You can see an at-a-glance infographic of the numbers disparity here.
Posted by Sheila Gibbons at 2:18 PM 1 comment: