Why Journalism Needs Women to Report and Edit

In the Washington Post, "She the People" columnist Melinda Henneberger pays tribute to an iconic journalist, Mike McAlary, the central figure in "Lucky Guy," a Broadway play starring Tom Hanks, written by another iconic writer, the late Nora Ephron.  "'Newspapering is the greatest,' the McAlary character says, 'because you work in a profession that can make the world just a little bit better.' And I still believe that so strongly that I’m forever arguing with those who only see our mistakes," Henneberger writes.  She then sketches the lives of women journalists who've enriched newspapering and the lives of their writers.  It's a great reminder that journalism is only as good as the variety of people doing it.
Posted by Sheila Gibbons at 9:06 AM No comments:

Kudos to University of Saskatchewan students who produced this video on the destructiveness of gender roles in advertising -- and then flipped the ads to show males in the place of the female sex objects depicted in the ads.  Great job!  Watch it here. 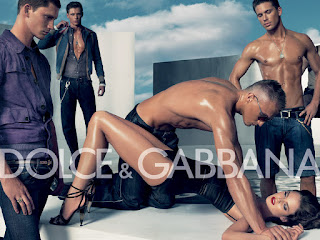 The Spring Issue of Media Report to Women is out!

Not a subscriber?  E-mail sheilagibbons@communication-research.org for a sample copy.  Media Report to Women is a 24-page newsmagazine published quarterly, packed with research, news, and commentary about the relationship of women and girls with media.  It's available to subscribers as a color PDF sent via email, or a B&W hard copy sent by U.S. Mail.  Founded in 1972, it's been a unique voice in the delivery of information that creates awareness of media's powerful role in our lives.  This blog is a between-issues companion to the newsmagazine.
Posted by Sheila Gibbons at 9:44 AM No comments:

After a petition on Change.org gathered 200,000 signatures, entertainment giant Disney has pulled the "princess" image of its character, Merida, and restored the original Pixar version.  You can see it -- along with the other Disney princesses -- here.  Jezebel has a terrific write-up on the controversy and a lineup of the characters as they appeared in the animated films and after they were "princessified" for after market products.
Posted by Sheila Gibbons at 1:19 PM No comments:

Disney Gets Pushback Over Sexualization of Popular Character

We’ve gotten the word about a petition on Change.org that’s quickly gaining steam as fans of Disney’s “Brave” call on the company to “Say No to the Merida Makeover.” The Merida character is known for her independent and adventurous spirit, her curly red mane, and her trusty bow and arrow. But for her debut in the Disney Princess Collection, she now wears a sparkly gown and makeup, has a smaller waistline and more curves, and her curls have been smoothed. Carolyn Danckaert, co-founder of A Mighty Girl, a girl empowerment website, launched the petition on Change.org in early May, collecting 15,000 signatures in the first three days.  Her viewpoint: "Merida inspired countless young girls by showing them that they too could go off on adventures and save the day; that it's not about how you looked that matters but what kind of person you are. With Merida, girls finally had a princess role model that looked like a real girl, complete with the 'imperfections' that made her such a unique and appealing character. By redesigning her to fit the mold of the Disney Princess line and making her skinnier, sexier and more mature in her appearance, Disney is sending the message that for girls and women to have value -- to be recognized as true princesses -- they must conform to this narrow definition of beauty. With our petition, we're calling on Disney to return to the original Merida that we all know and love and to keep Merida Brave!” The petition is here: https://www.change.org/petitions/disney-say-no-to-the-merida-makeover-keep-our-hero-brave 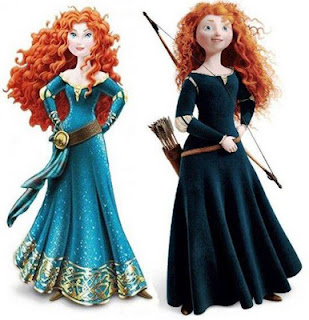 Posted by Sheila Gibbons at 11:09 PM No comments:

USA TODAY's Susan Davis has written an interesting piece about how political advertising has come to "mommy blogs" and commercial sites with large female readership, such as Ikeafans.com and MarthaStewart.com.  This past week, the Republican party "geo-targeted" 100 web sites in hopes of moving Democrat-leaning women in those areas to the right in advance of the 2014 election.  The ad buy is only $20,000 -- chump change in the world of political advertising -- but it will be interesting to see if this level of niche advertising to female audiences takes off in the months ahead.
Posted by Sheila Gibbons at 8:24 AM No comments: